Pinterest impressions are a fancy number to boast about in the Pinterest marketing world, but they are not the sum of your success.

Today we will talk about what makes a successful Pinterest marketing strategy as it relates to checking the right numbers, and what I’ve learned from managing over one billion Pinterest impressions per month.

If you haven’t signed up to receive my weekly newsletter, make sure you do that. It is full of helpful resources to help you move your business forward without making you feel overwhelmed. 1.8 Billion SPM Client Pinterest Impressions: What Does It Mean?

For those of you who have been in my community for a while, you know that I tend to give impressions a bad rap. I talk about how people use them all the time for Pinterest marketing and it makes me crazy because it’s not an effective way to gauge growth.

They are ineffective because they are not monetizable – it’s just the number of people who are seeing your pins. But I had to use this word at some point in a podcast, even if it was just to grab your attention. 🙂

I am so proud that after all these years, we hit 1.8 billion impressions per month for our SPM clients. That’s a lot of SPM client content being seen all over Pinterest.

The official definition of impressions on Pinterest is the total number of times your pins were shown. Here’s a link to Pinterest’s Help article that explains more and provides a great resource for understanding all of the components of Pinterest analytics.

If Susie, my favorite Pinterest person, is scrolling through the Smart Feed and your pin happens to be in the scroll, that counts as a pin impression (whether Susie actually looked at your pin or not). This definition also applies to the search feed, related pins feed, and the follower feed.

Susie doesn’t have to take any action in order for your pin to receive an impression; the pin just has to be in her view on her mobile or desktop device.

Billions of people can view your pin but not take any action on it. This is why I said you can’t monetize impressions. With that said, there are some things you can learn from impressions.

In episode 76 of the podcast, we talked with Monica Froese about getting a high number of impressions but no clicks. If your pin has a ton of impressions and receives no clicks, it’s possible that the keywords are off or the image isn’t enticing the user to click.

You can try changing up the keywords in your pin description. You can test out a new description for a month or so to see if the impressions start to turn into clicks.

You can also test out a new image. I would do this after testing the description. You only want to change one thing at a time when A/B testing so that you know exactly what works and what doesn’t.

If your pin is receiving low impressions but has high click numbers, don’t mess with it! It’s doing exactly what it should – creating interaction.

While I was preparing for this episode, I wanted to explore the relationship between impressions and clicks with a few of our clients. Here’s what I found:

In December, they had 5 million impressions, 47,000 saves, and 331,000 Pinterest-led sessions. Fewer impressions, more clicks. People were taking action on the pins they saw.

Now, June and July are slower months on Pinterest, while people are enjoying the summer.

This tells me that in July, Client A just had a bunch of user scrolling through and finding things they loved and saving them, but not actually acting on it. While in December, they were ready to take action right away or went back to pins they had saved during the summer. 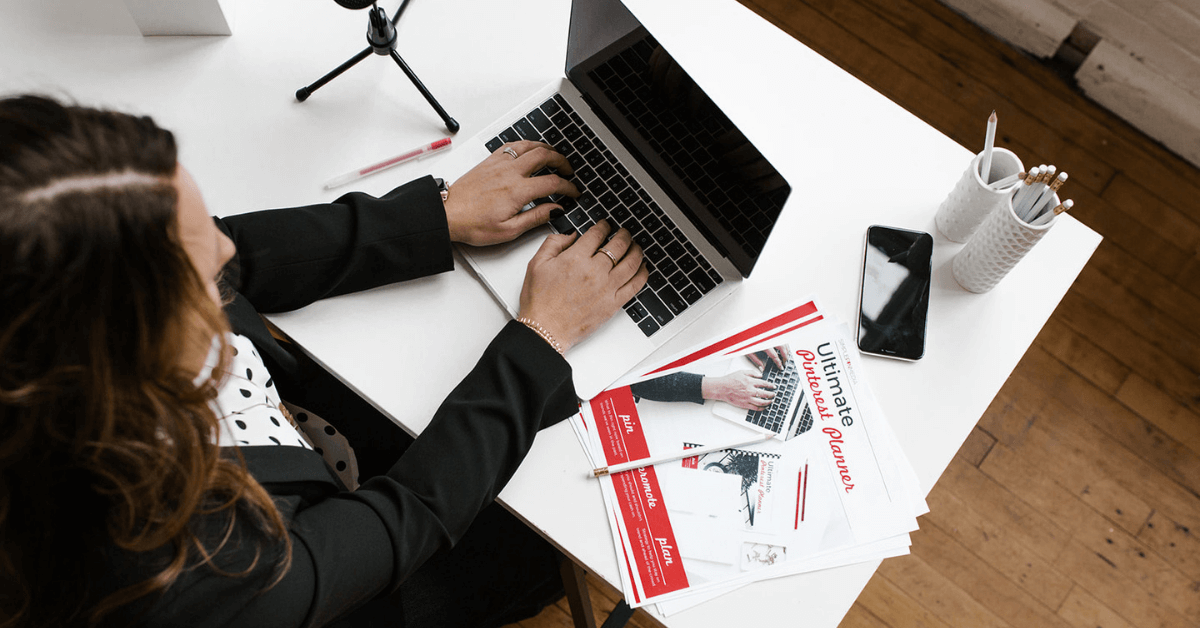 Why You Should Track Your Numbers

I’m saying all of this and recording this episode because I want you to view your numbers in the context of a larger picture. I want you to see your high and low traffic times, and see if your impressions are translating to clicks.

When you’re tracking numbers, it’s really important to look at the whole picture to see what is happening.

As a marketer, it’s vital to be tracking your numbers. You need to look at impressions, saves, and Pinterest-led sessions to your site, which can be found in Google analytics.

Track these sessions every month. You can use the data-sheet in our Pinterest planner to help you. Print this off and go back to the beginning of the year and start tracking your numbers.

Don’t use impressions as your guide and don’t let anyone convince you that impressions are the key to success in your Pinterest marketing.

Measuring your KPIs is something we talk about a lot here at SPM. Take 30 minutes and write down your numbers for the last 6 months, year, or even 2 years. In episode 152, we talked about how traffic can decrease over time but income can double or even triple as you become smarter in your marketing.